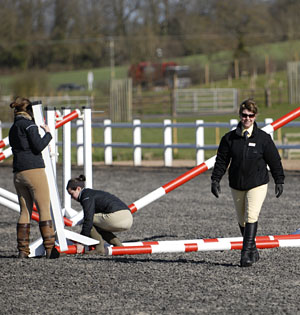 October 2017: I was interviewed for a podcast last week by an Australia training group called HorseChats – if you are interested to know a bit about my background, how I got started with a horse career and training views then please follow this link below.

Jo started riding aged nine and was fortunate to be involved in the Pony Club from an early age where she learned to ride properly, took the Pony Club tests and competed in some of the teams.

She continued learning and training and eventually went to Warwickshire College, taking their National Diploma in Horse Management before setting up her own yard in Warwickshire.

Jo’s business developed, allowing her to compete across most disciplines, Eventing to Intermediate level, Showjumping at Foxhunter and Dressage to Medium level. Jo was also able to hunt regularly and take part in some Point to Point racing. She continued with her training taking the British Horse Society Instructors exam in 1993.

In 1994 Jo moved on to Hartpury College, first as an Instructor and then a Lecturer, also gaining her BSc (Hons) Equine Science, before moving up the ladder to Equine Director. At this point Jo realised that she was missing the thrill of riding, training and competing and so continued to work for the College in a part time role, allowing her to develop her teaching and training of others on a freelance basis. This opportunity allowed her to develop a Hartpury College Competition Tutor role. 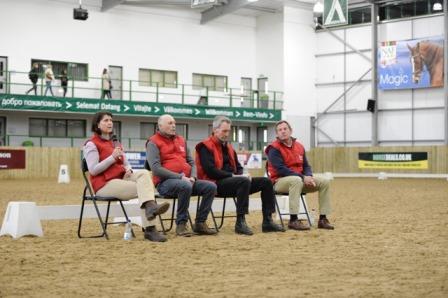 Jo gained her Fellowship of the British Horse Society in 2007. She is a General Fellow and has skills, qualifications and experience across all disciplines. She also specialises in helping riders and horses at all levels to perform to their full potential.

Jo is a British Eventing Coach and British Dressage Judge. She is also is an Examiner for the British Horse Society. Jo regularly teaches in England, Jersey, Scotland, Ireland and Hong Kong for BHS training, Pony Club and individual improvement as a competitive rider. Jo is currently coaching a Grade II Para dressage rider who competed in the 2008 Olympics and a National UK Para rider at Grade IV. She also presents at various equine conferences including: BSAS and BHS Welfare Conferences and Alltech-Hartpury.